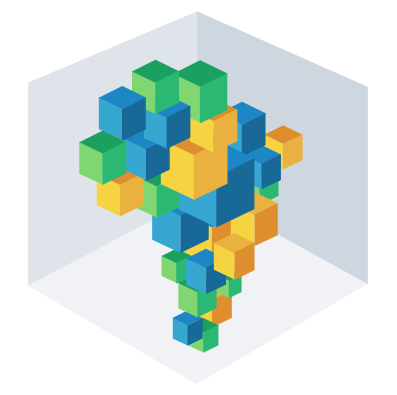 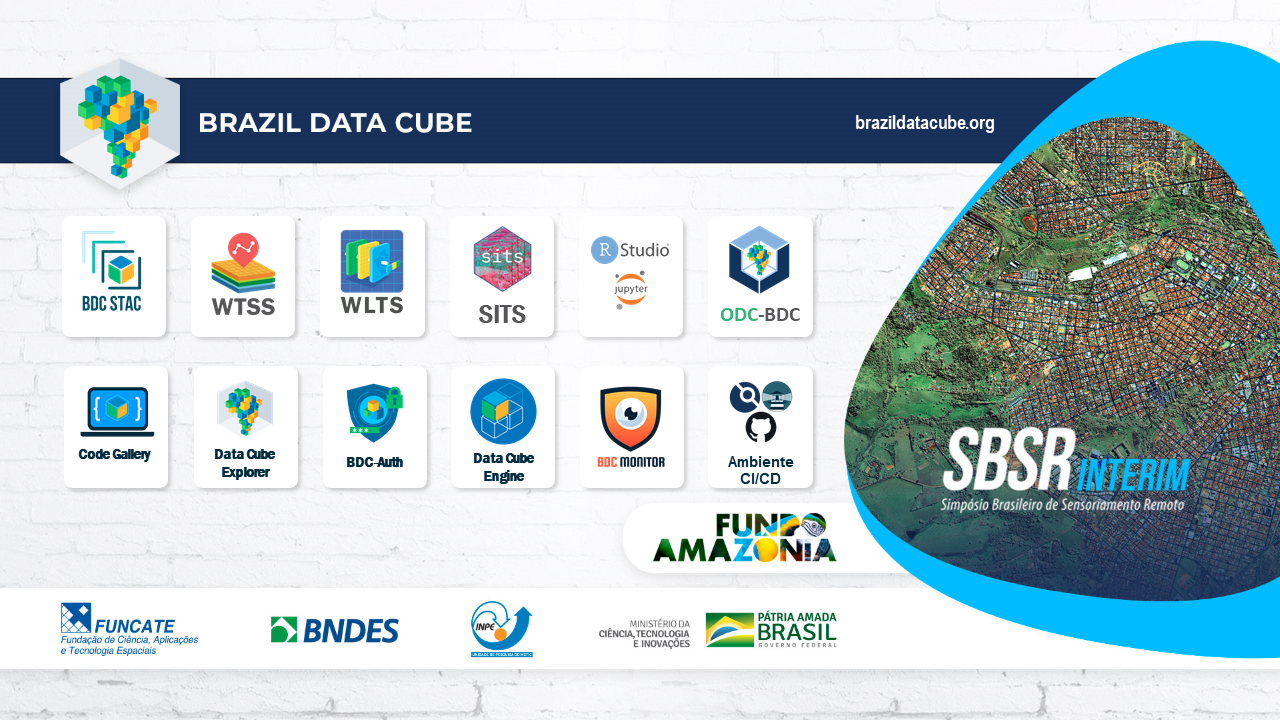 The 06-hour mini-course aimed to present an introduction to concepts of Earth observation data cubes and analysis of time series of remote sensing images.

The participants had theoretical and practical presentations, with hands-on using the data cubes and software packages created by the BDC.

The mini-course had about 400 participants online and more than 80 questions answered live during the event.

SBSR Interim is conducted by the coordination of the Brazilian Symposium on Remote Sensing, with webinars and online mini courses aimed at state-of-the-art scientific dissemination. 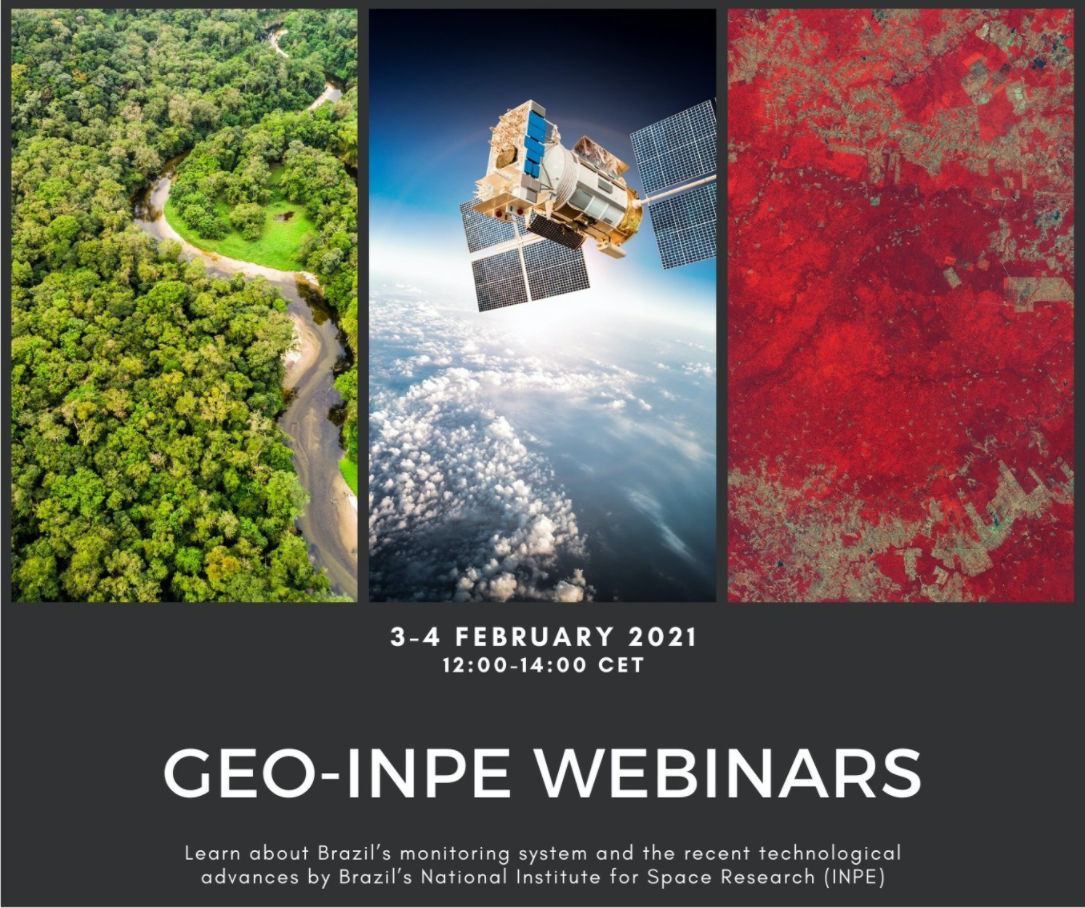 The Group on Earth Observations (GEO) is hosting a series of webinars describing Brazil’s Amazon monitoring system, the tools used and the recent technological advances by Brazil’s National Institute for Space Research (INPE).

The webinars will address the following topics:

The training was coordinated by Dr Gilberto Camara with support from the Brazil Data Cube (BDC) team members Alber Sanchez, Gilberto Queiroz, Felipe Carlos, Michelle Picolli and Rolf Simões. The training aimed at demonstrating, in a practical way, the use of the SITS package, using MODIS and Sentinel images. Members of the PRODES project team, graduate students in Remote Sensing and INPE researchers attended the trainning.

This was the first of two trainings planned for this month, to disseminate the use of SITS to process the data cubes generated in the BDC project.

The SITS package allows the retrieval of time series of satellite images using geographic services and methods for their visualization, analysis and processing. Different methods of classifying time series, using machine learning, are available in the package. 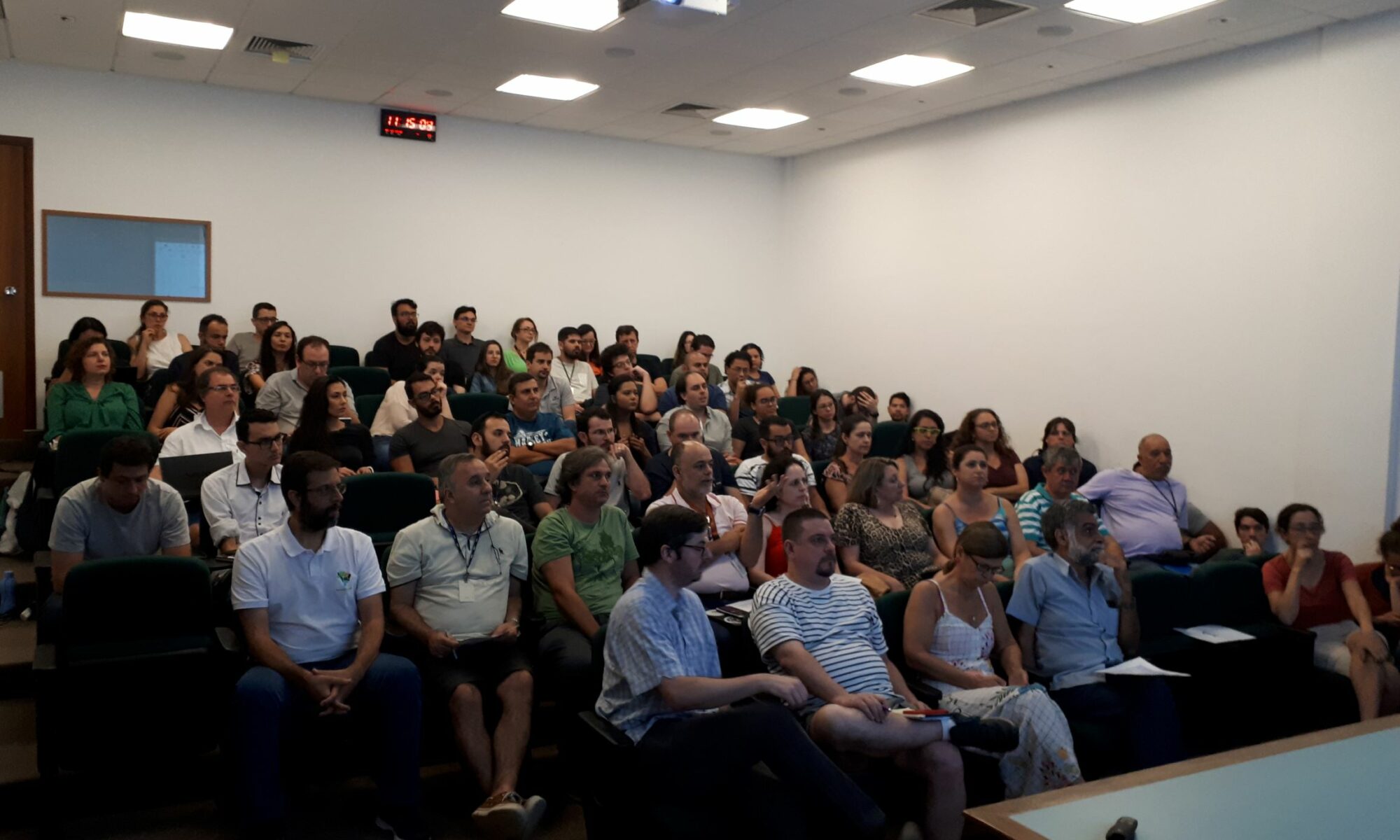 The “I Internal Workshop of the Brazil Data Cube (BDC) project” aimed to present results and discuss the methods that are being applied in the generation of data cubes. The BDC team, researchers and collaborators from other environmental monitoring projects at INPE, which will use the computational infrastructure and data cubes generated by BDC, attended this workshop. The event is part of the activities planned under the Environmental Monitoring of Brazilian Biomes (FA-BIOMAS) project, funded with resources from the Amazon Fund, through the BNDES and FUNCATE financial collaboration No. 17.2.0536.1.

The event occurred on December 19, 2019 at INPE, where there were nineteen presentations separated into two parts and seven sessions in total. The first part dealt with gnereal information about the Brazil Data Cube and its applications. In the first session, the methodologies used to generate the data cubes and the Brazil Data Cube portal were presented. The theme of the second session was about the web services being used in the BDC project. They were: the Metadata Database Model, Spatio Temporal Asset Catalog (STAC), Web Land Trajectory Services (WLTS) and the Web Time Series Service (WTSS). The third session was about system applications: Open Data Cube initiative with the BDC project, Forest Monitor, SITS package developed in R, and examples using data cubes with Jupiter Notebooks. The fourth session was dedicated to the application of the data cubes generated by members of the project. The classification results were presented using the Sentinel data cube for the Amazon, CBERS data cube classification for the Cerrado, segmentation using superpixel and selection of vegetation indices and samples.

The second part of the workshop was dedicated to projects that will use the data cubes generated by the BDC. In the fifth session, there was a presentation about the FIP/CERRADO project. The TerraCLASS Cerrado project, the PRODES project, and the TerraBrasilis platform were introduced in the sixth session. The last session the initiatives being developed by INPE Applied Computing masters and doctoral students were discussed: TerraBrasilis Research Data, time series clusters using Growing Self-Organizing Maps (SOM) and GGSOM Tool; SITS-Rep package: automation of reproducibility of land use and land cover analysis; and application of Sentinel-2 for Agriculture Monitoring (Sen2Agri).

At the end of the event there was a celebration barbecue.

Here are some pictures of the “I Internal Workshop of Brazil Data Cube (BDC) project”. 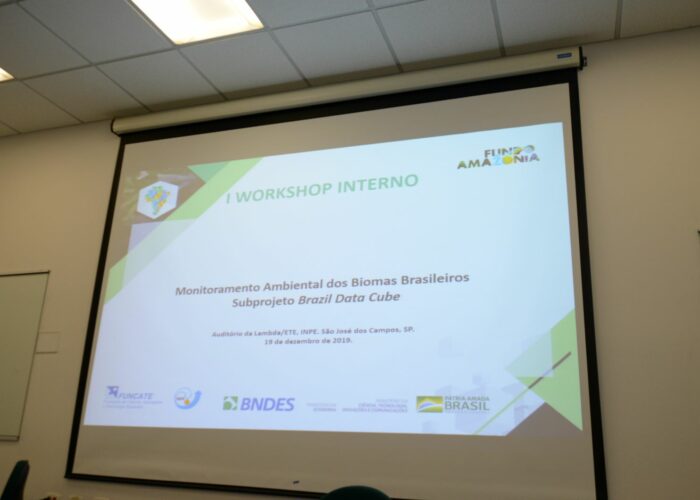 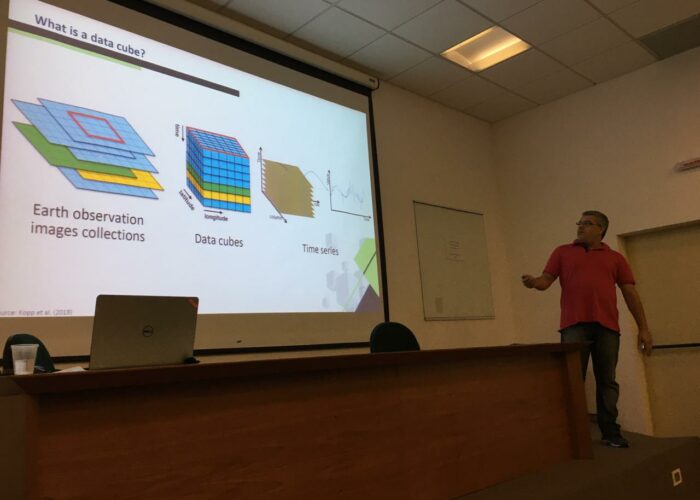 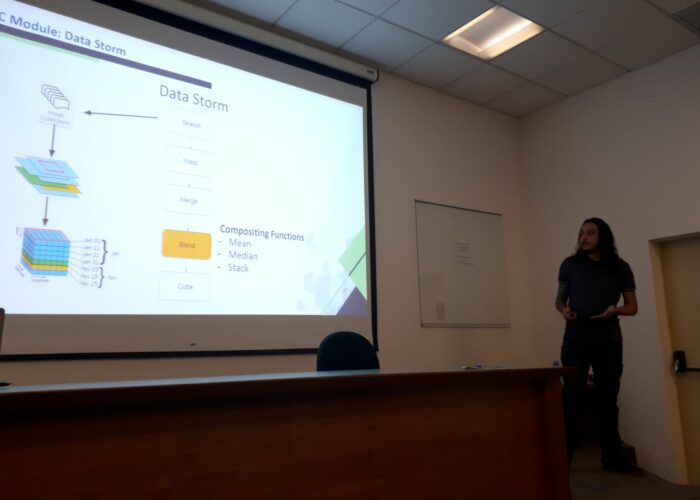 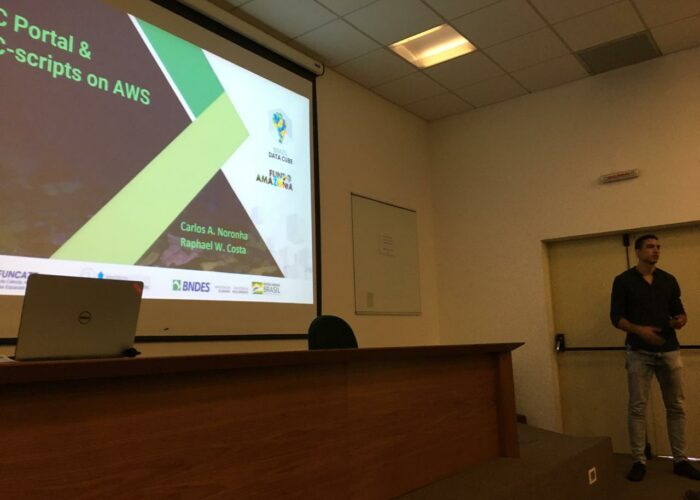 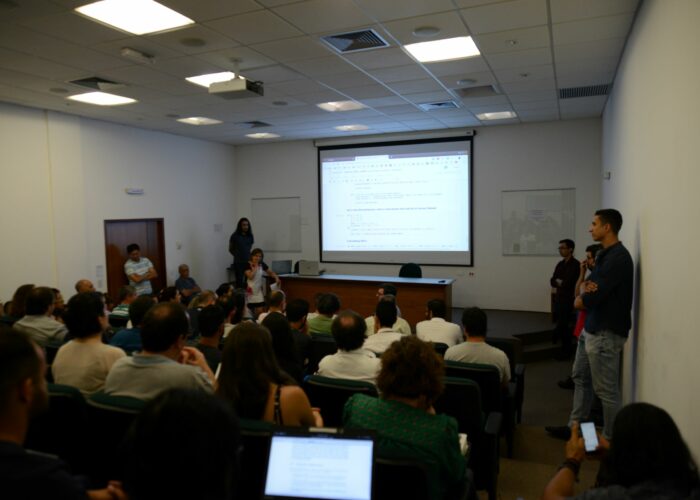 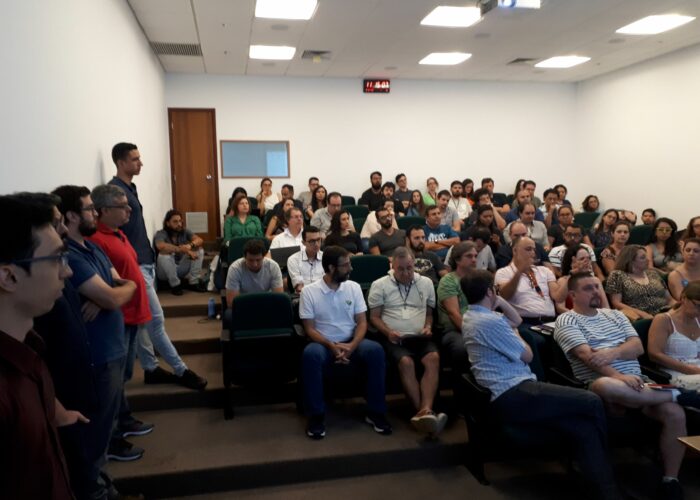 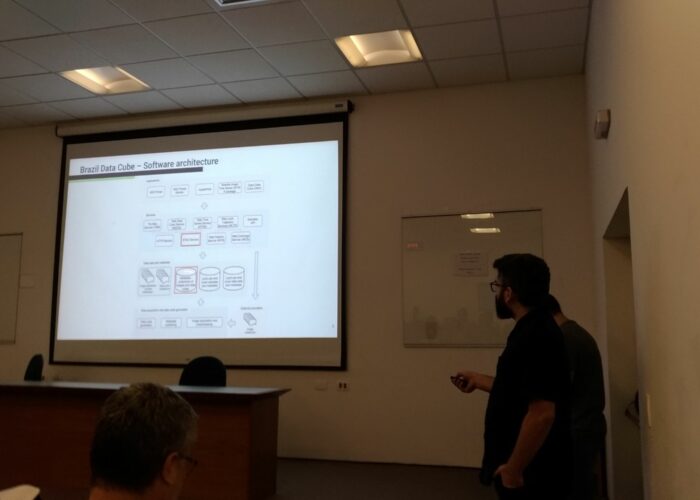 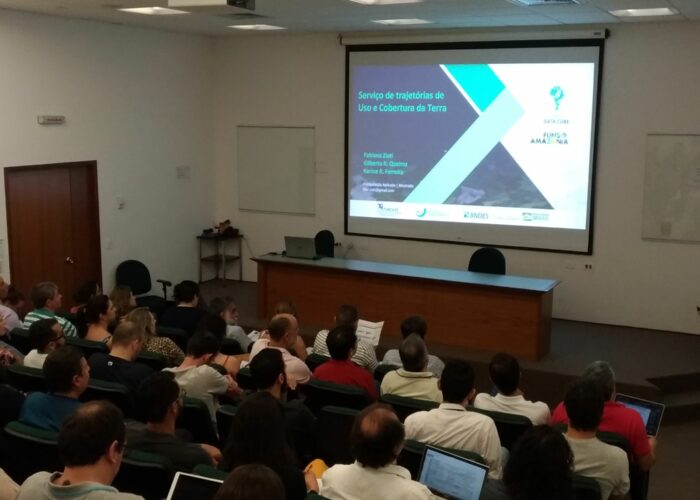 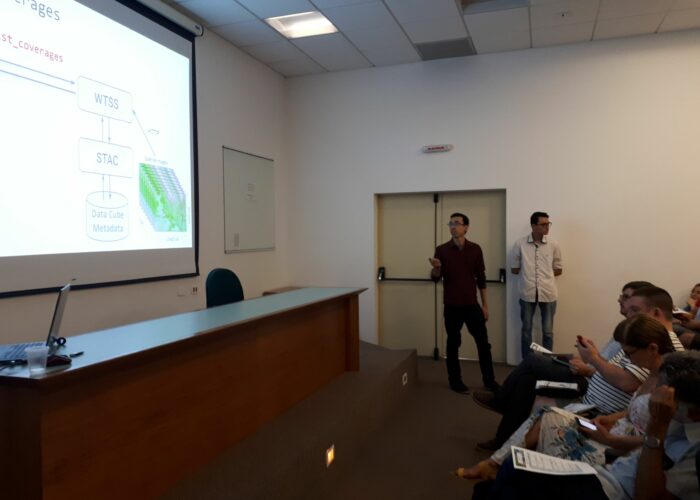 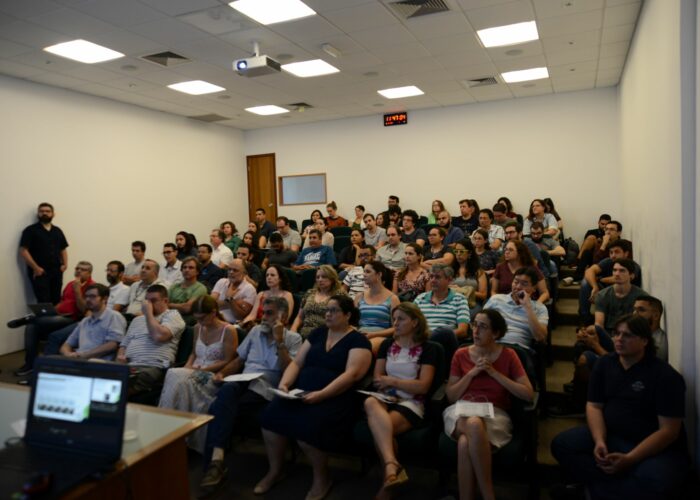 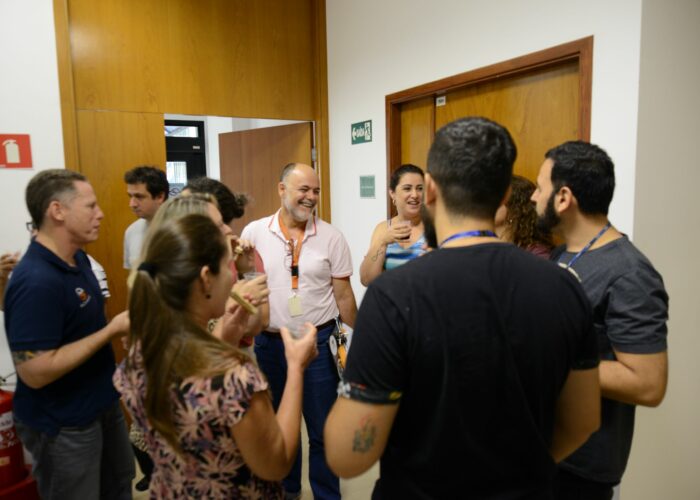 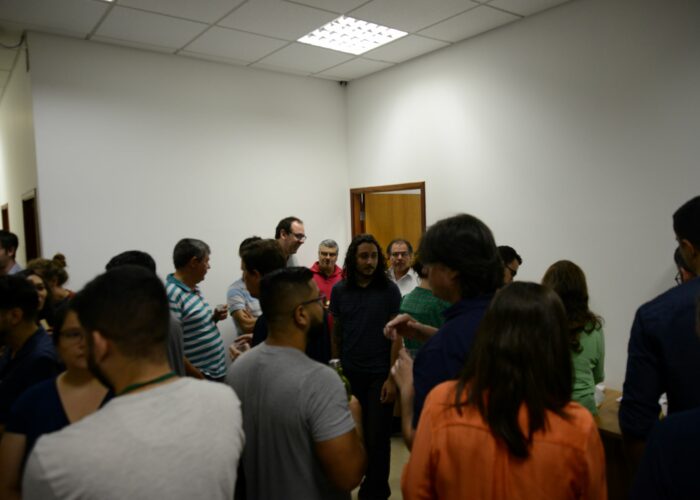 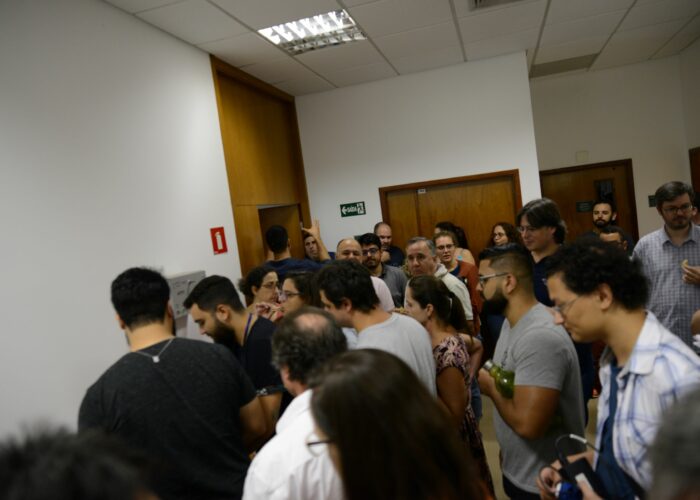 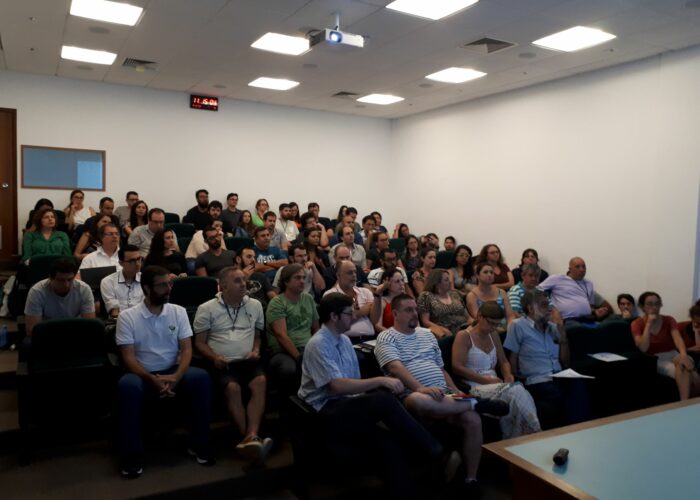 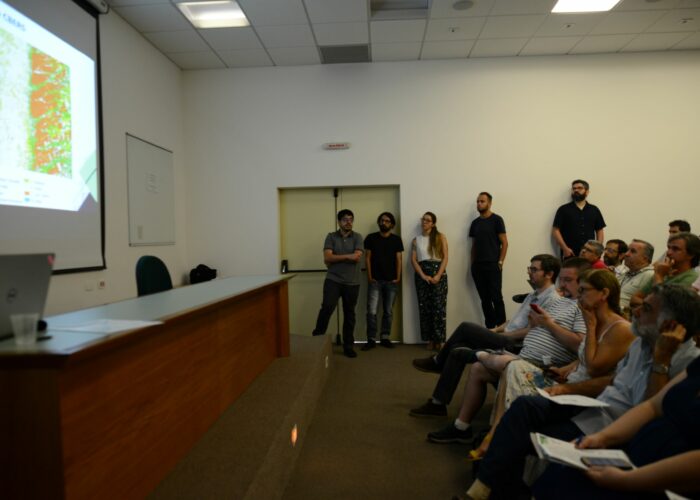 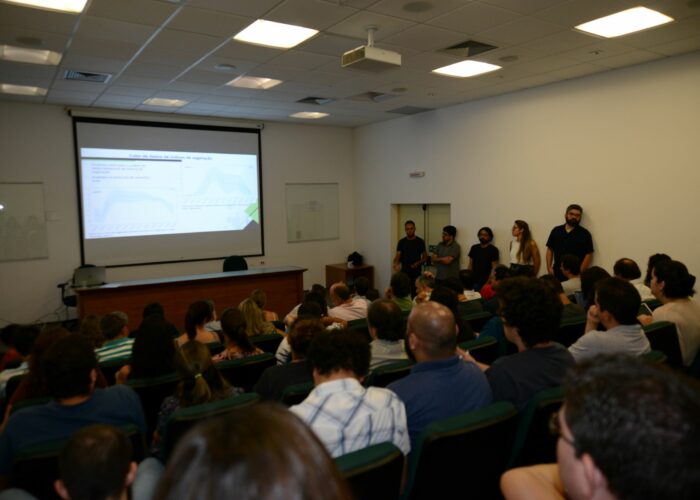 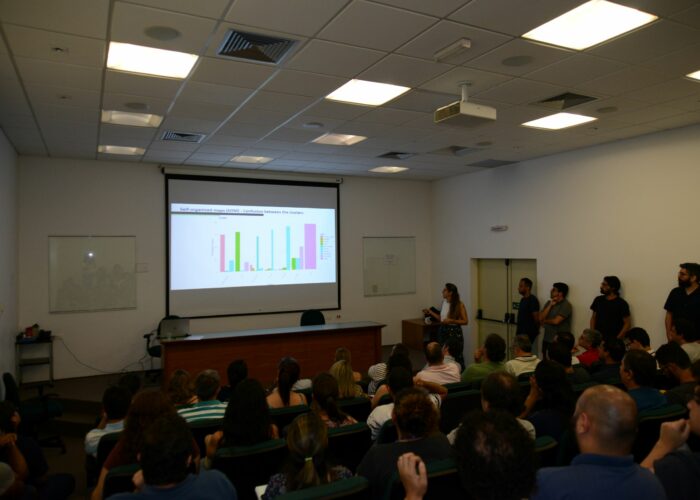 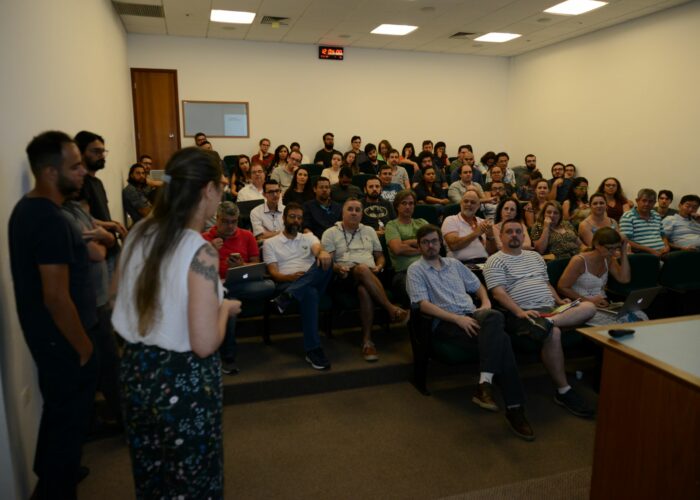 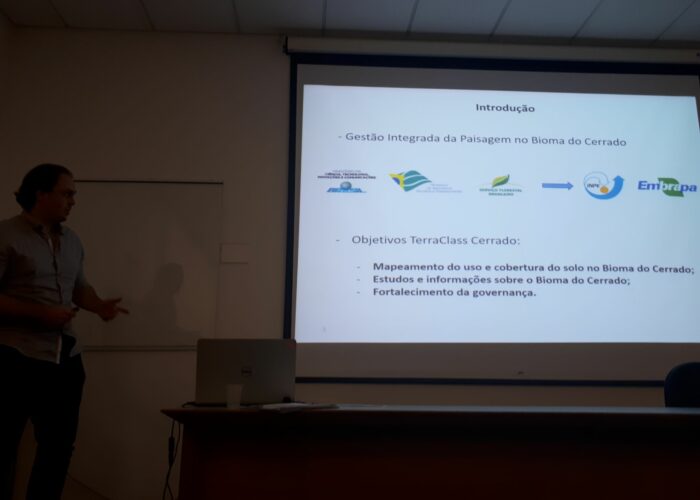 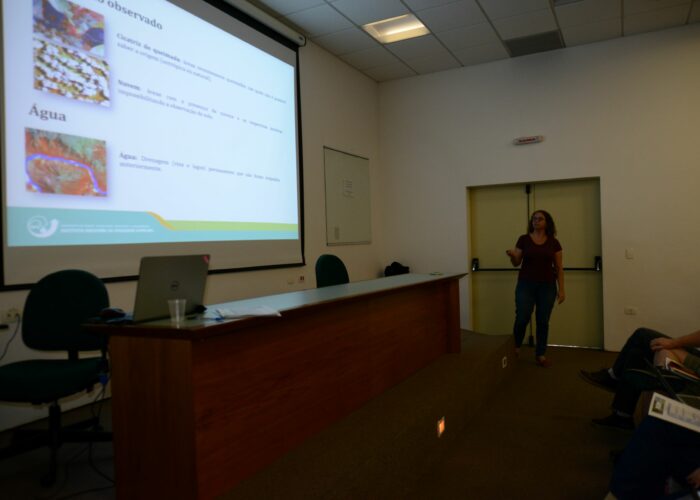 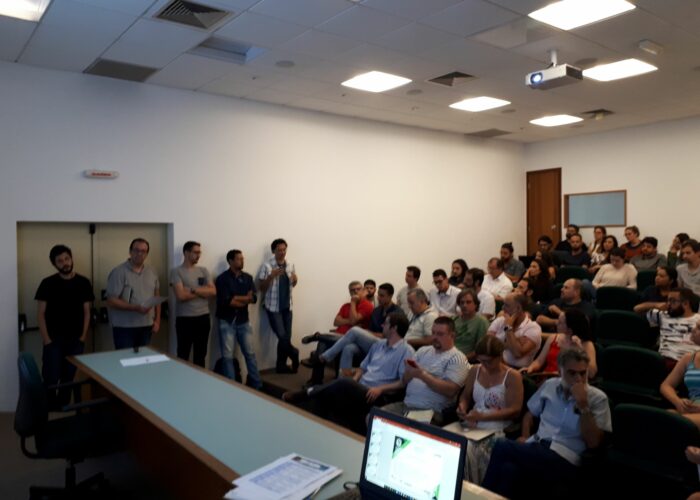